Previous Next
Croup – Symptoms, and Treatment: What to Do If Your Child Has a Croup?

Have you noticed that your child has difficulty breathing? Is she restless and crabby throughout the day with more mucus production? Know that your concern is understandable because this can indicate a persistent cough or Croup.

Croup is a viral infection that affects the larynx, trachea, and bronchi. When your child has Croup, they may have trouble breathing. Today, we’ll talk about croup symptoms, what causes it, and what you can do to treat it.

Croup is one of the infants’ most common breathing troubles, especially in children under age 2. Croup is also known as viral laryngotracheobronchitis, an inflammation of the voice box or “larynx” and the tube that leads to the lungs.

It is a viral infection that affects the upper airway. It is characterized by hoarseness, cough, and nasal congestion. It is caused by the parainfluenza virus, which is spread through coughing or sneezing by infected persons.

Croup can be severe in young children. In younger children, it can produce a barking cough, called stridor (an abnormal high-pitched sound when the child breathes in) and wheezing due to airway swelling. The child may also have difficulty breathing and swallowing; if breathing becomes difficult enough, the child may turn blue due to a lack of oxygen in the blood (cyanosis).

Croup is most common in children between 2 months and 5 years of age. Most cases will resolve independently within 2–3 days with supportive care at home. About 1 out of 100 children with Croup will need to be hospitalized.

Croup occurs more often during winter when colds and flu are most common. There’s no specific treatment for Croup, but it’s not severe, and most children recover on their own within a few days.

Allergies are one of the most common causes of Croup in children. When a child has an allergy, his body releases histamine and other chemicals into his bloodstream to help fight an allergen. This can cause swelling in the airways and make them narrow, making breathing harder to breathe.

Allergies can cause Croup during any season, but they’re more likely to happen during spring or fall because that’s when many people are exposed to allergens such as pollen or mold spores.

Food allergies are another prevalent cause of Croup. It’s estimated that about 5 percent of children younger than 3 have food allergies, but only about 10 percent of them will have problems with their airways from those allergies.

The most common food allergens for babies are milk, soy, and wheat — what’s known as the “Big Three” allergens. Most kids outgrow these allergies by age 2 or 3 years old.

The most common cause of Croup is an allergy to pollens from trees, grasses, or weeds that cause inflammation in the throat or nose. Viruses also may cause Croup. Sometimes bacteria, such as Streptococcus phones, can irritate the tissues in your child’s throat and lead to croup symptoms.

4. Infection in the Throat or Nose from Viruses or Bacteria

A virus causes Croup inflames the voice box (larynx) and surrounding tissues, causing them to swell. The swelling narrows the airways, making it difficult to breathe. This is where the name “stridor” comes from —the sound air makes when it can’t get through the narrowed airway.

Within 24 hours after these start, your child may develop a barking cough with a high-pitched sound as he breathes out (called stridor). The cough may be worse when lying down or sitting up than when standing up or walking around.

Croup is often mistaken for asthma. This can be a dangerous mistake because it can delay or lead to the wrong treatment. Croup occurs when the vocal cords swell and close, making breathing difficult. With asthma, the airways often constrict and become inflamed but remain open.

6. Foreign Object in Mouth or Throat

In babies, foreign objects in the mouth or throat, such as pacifiers or toys, may cause swelling of the throat tissues, which leads to trouble breathing and wheezing sounds (stridor). It’s essential to take out any foreign object immediately if you believe this may be causing your child’s symptoms.

A barking cough sounds like the child is choking or gasping for breath (It may say like the child has an animal caught in their throat). This can happen at night when the child is sleeping and won’t respond to soothing words or other efforts to calm them down.

2. Difficulty breathing (Even as they sleep)

The child may breathe through their mouth rather than the nose because this makes breathing easier. They may also struggle to breathe when sitting up, bending over, or exercising — particularly during infection with another respiratory virus such as RSV (respiratory syncytial virus). Cold symptoms such as runny nose, sneezing, and watery eyes — but these aren’t always present.

This can be heard when your child breathes out and breathes in again, like a whistling sound.

This may make them feel lightheaded, dizzy, or even faint.

This might be the first symptom you notice before any other signs appear; it can make your child uncomfortable and cause them to snuffle and sneeze frequently.

Croup can make your child’s throat feel parched and sore, so it’s essential to keep their air moist. If you’re at home, you can use a steam vaporizer or humidifier to add moisture to the atmosphere. If you’re outside, keep your child in an area with shade, as sun exposure can worsen the condition.

2. Use a Cool Mist Vaporizer

Excellent mist vaporizers are easier on babies’ lungs than hot steamers and are especially useful for treating Croup. They work by releasing cool water droplets into the air that evaporate quickly and don’t irritate anyone’s nasal passages or lungs like steam does.

You’ll find these in most pharmacies and stores that sell baby products. Some even have timers, so you don’t have to worry about keeping them running all day long — just set them up before bedtime, plug them in and turn them on when needed!

Drink lots of liquids such as water or fruit juice to keep your child hydrated during the cold weather when Croup tends to flare up more often. Avoid giving honey or foods with dairy products because they can make symptoms worse by causing mucus production in your child’s lungs.

4. Use an Over-The-Counter Medication

An over-the-counter medication are helpful relieve symptoms and make your child more comfortable while recovering from Croup. Hydrocortisone works by reducing inflammation in the airways, making it easier for your child to breathe.

Diphenhydramine acts as an antihistamine and will make your child sleepy, so they sleep better while recovering from croup symptoms.

5. Call Your Doctor Right Away

If your child has symptoms of Croup, call your doctor right away. Don’t wait to see if the Croup gets better on its own. Croup is a severe illness that can quickly worsen if not treated.

6. Don’t Give Cough Medicine Unless Advised By Your Doctor

Cough medicines containing dextromethorphan (DM) or codeine can worsen a baby’s Croup and cause serious side effects, including slowed breathing and death.

If you have leftover cough medicine from when your child was sick, throw it out and don’t give it to them again until after they’ve seen their doctor for croup treatment recommendations.

The best way to prevent Croup is to ensure your child gets all the vaccines she needs. The croup vaccine is recommended for children 6 months old and older. It helps protect against the virus that causes Croup.

Other ways to help prevent croup include:

The most common complication of Croup is a bacterial infection. The bacteria (usually staphylococcus) enter the lungs through the bloodstream and cause pneumonia.

In rare cases, a parainfluenza virus can cause Croup to become severe enough to require intubation — usually only if your child’s temperature goes above 104 degrees F.

If your baby or kid exhibits the symptoms of Croup mentioned above, consult with your doctor. If you believe the signs and symptoms to be major call 911 or immediately visit an ER. If your child is experiencing mild or moderate symptoms our Urgent Care can provide croup cough relief. Our Urgent Care is also conveniently located within Wise Health ER. Book an appointment today for convenient and affordable relief. 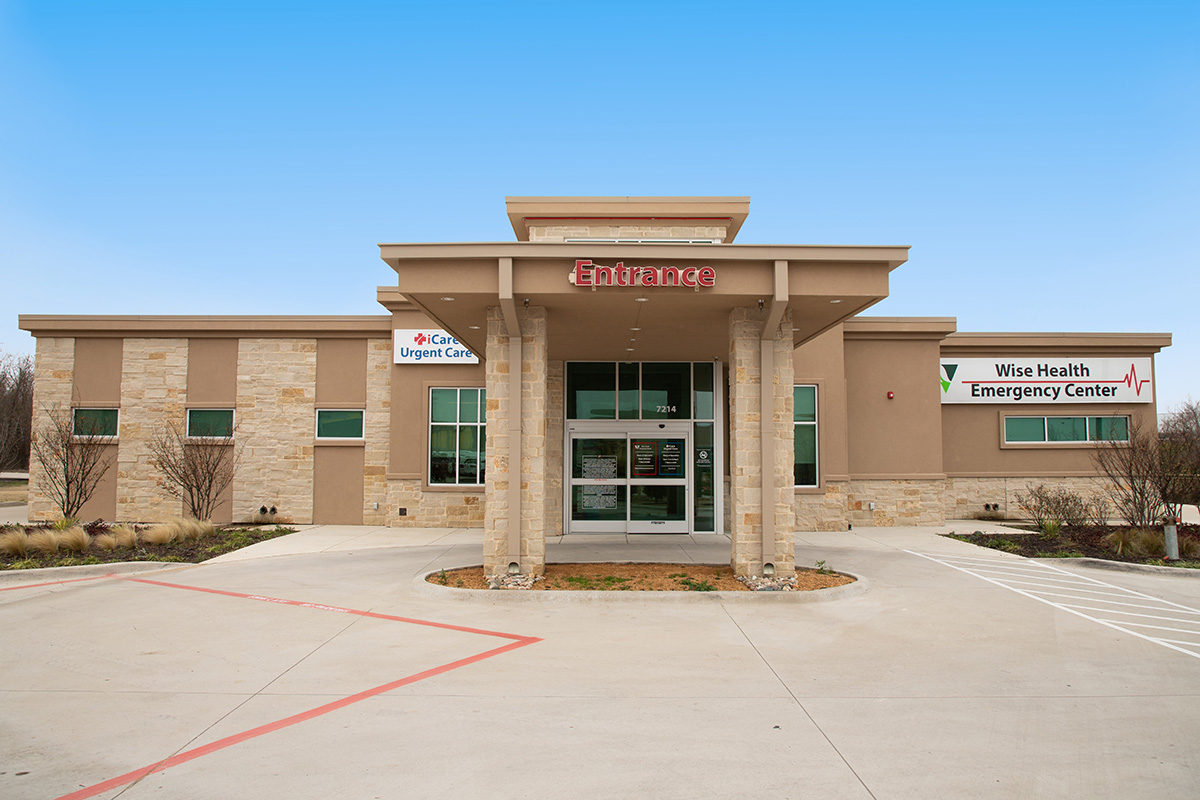 What are heart palpitations?

What are Heart Palpitations? Heart palpitations are a feeling of [...]